What is DNA fragmentation in sperm?

Fragmentation of Sperm DNA can indeed occur spontaneously or by laboratory personnel un-intentionally. Spontaneous DNA fragmentation tends to accumulate gradually in a cell. Fragmentation of DNA is more common among men with defective sperm quality. 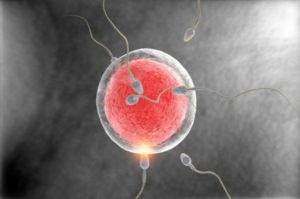 It helps predict results for IVF and ICSI. DNA fragmentation index is important in determining the success rate of IVF.

One can visit the best infertility hospital in Hyderabad to know more about DNA fragmentation in sperm.

In case of a sperm having a damaged DNA is made use of for IVF, it can lead to lower pregnancy success rates, increased rates of miscarriage in early pregnancy, chromosomal abnormalities in embryos, as well as genetic or birth defects in the baby conceived via fragmented sperms.

Various studies have shown that –

There are popular ones such as:

A SpermComet Test is performed by a specialist in order to check the quality of a man’s sperm and DNA. The idea is to detect DNA damage to the sperm and also shows how much damage that sperm has to DNA. Best infertility doctors in Hyderabad do conduct this test.

SCSA stands for assaying the structure of sperm chromatin which is a new diagnostic tool that can identify sperm samples with a high degree of DNA fragmentation.

Factors that cause damage to the DNA of the sperm :

There are many factors that damage sperm DNA –

People who can benefit from the Sperm Fragmentation Test :

Established by well trained, dedicated and devoted doctors with the expert and expertise of more than 35 years experience formed together to establish Ferty9 Fertility & Research Center under the name of STAR HEALTH SCIENCES.