Does Male Fertility Decline Over Time?

Men can produce somewhere between 100 million as well as 200 million new sperm every day – but that does not necessarily mean that male fertility does remain constant over time. Similar to women.

Men can and will see a fertility decline as they grow older. The best test tube baby centre has all the required facilities to test the fertility levels of both men and women.

A man’s fertility tends to decline around age 40 to 45 years. The decrease in fertility is actually caused by the decrease in the number as well as the quality of the sperm they tend to produce. Men can indeed have fertility problems even if they can still have sex and also have ejaculation.

There are several factors, including, age that can rather affect sperm production or the process of ejaculation, and thus lead to male fertility decline. Male fertility decline can be due to medical issues, injuries, environmental, medical history factors, lifestyle choices, as well as age.

Why not visit the best test tube baby centre in Hyderabad for tackling fertility issues, both male as well as female? Men and women both are equally concerned about their fertility levels ad if are unable to conceive require themselves to be checked up well.

Does Male Fertility Decline Over Time?

When it comes to fertility, women are usually blamed for not conceiving. However, several older men worry about fertility too as studies do suggest that male fertility does change with age. What this implies is that people are concerned about the woman’s biological clock, but men also have a timeline too. 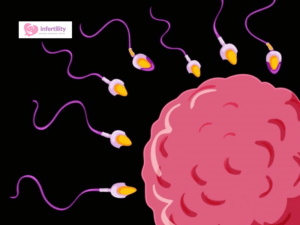 What Are the Key Differences Between Female and Male Fertility?

A woman’s fertility does decline as she gets older on account of her ovaries stopping the production of new eggs after birth. This does indicate that she is running out of eggs as she ages. When a woman’s body stops producing eggs, she attains menopause.

Few research studies do state that older men tend to have an increased risk of being infertile, which happens to be a statistical increase, and it does not indicate a problem with sperm quality. It is usually due to the man’s age, and having sex less frequently, which leads to a decline in infertility.

The testes, on the other hand, are designed very differently. The seminiferous tubules in the testes do continuously produce sperm daily despite the man’s age. The freshly produced sperm will indeed be healthy as well as capable of fertilizing an egg. This is why men do not need to worry about the effect of their age on their fertility. However recent research does suggest that once the age of a male partner is above 40 the chances of chromosomal abnormalities are more and thus the female partner is indicative of a problem with sperm quality.

Studies find that male fertility decline is a factor in 30–40% of infertility cases. Therefore, to put it simply, male infertility is any health issue in a man that decreases the chances of his female partner conceiving a child.

As far as fertility is concerned, the focus usually is on women rather than men. Also, due to menstruation and contraception, women tend to go to doctors much earlier. Over the past 40 years, men’s sperm count has dropped by about 60%.

Dealing with male infertility without medical help can indeed be challenging at times. Nevertheless, with advanced fertility care, men can now get the aid they need in order to ease their problems while getting better treatments as well as results.